Mr. Bird has been acting strange the last couple of days. He is a neutered male cat that is almost 9 years old. He weighed in at almost 15#’s.

I was stalking him this morning using the litter box and discovered he would go to pee but nothing was coming out. Then he would cry and growl somewhat this is not normal for him.

I took him to the vet this a.m. and he took out a syringe of urine so it would help his pain he has two kinds of stones. They did a urinalysis and a looked at it under the microscope.

Apparently, this is quite common in cats but especially male cats.

He’s taking antibiotics and tomorrow we will try the catheter for a few days and do some blood work but he may end up in surgery tomorrow instead.

He seems very uncomfortable he’s such a laid back cat normally. I have him in his own room so he can rest without puppy intervention. I hate it when something is wrong with one of my animals. 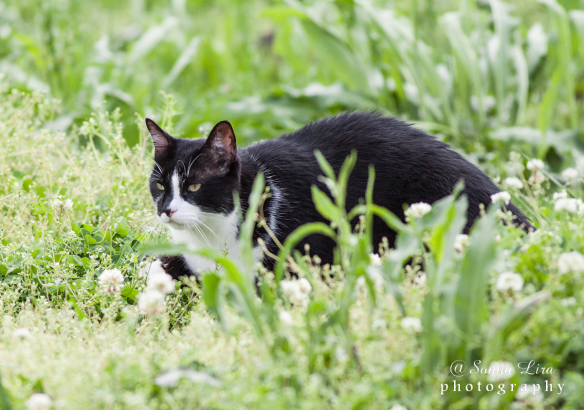 Finding good things at great prices is a top priority for me and shopping from my computer is the only way to shop these days.

I use to love going to the stores but not anymore it’s just easier shopping online and having it shipped to our door.

Macy’s had women’s tall boots for $17.99 and jeans for the same price.

As always there are lots of cameras on sale so check your prices first.

I hope you all have a wonderful Thanksgiving.

We are smoking two turkey breast and a ham for mother n laws house. I will be making broccoli rice casserole as well.

If you are traveling drive safely on the roads and always remember to take a few pictures at your get-togethers. 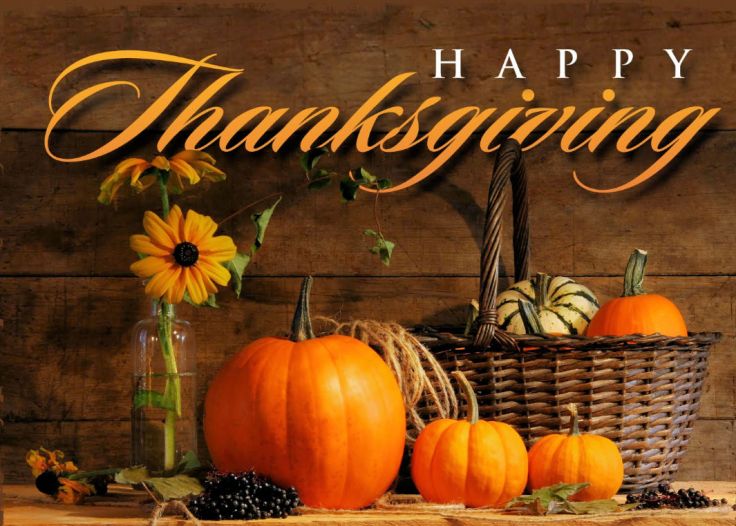 Daisy has shared Zoee with Mr. Bird who does not seem to mind the clumsy feet of a boxer puppy.

They stayed like this for at least one hour then Bird got up and laid on top of Zoee.

Its wonderful everyone is getting along so well.

The little moments like this that I get to capture with my camera really make my day.

This quote is great if you look at everything this way it makes you understand people better. 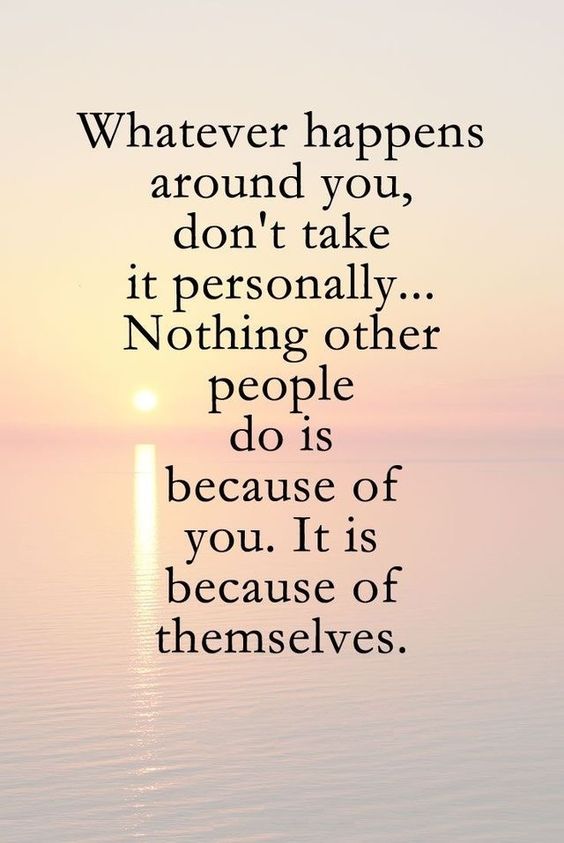 This great blue heron was on the road.

It is probably the same one that use to stalk our koi/goldfish pond before we netted it.

I was able to get a few pics before he spotted me.

Daisy and Zoee play like this from the time they get up in the morning until they go to bed at night.

Being outdoors works out the best because they can run and run and do not have interference.

Inside they drag two baskets of toys from the den to the office.

This was the best thing for Daisy she was very lonely for dog companionship and now she has Zoee. She is not the least bit jealous she is the mother/sister and takes her job quite seriously.

I know Zoee has gained some weight in the last 9 days. Yesterday I added some pumpkin in her diet because that is supposed to help with weight gain.

I hope to get some really good action shots of them running soon.

I was asked if I would do an interview for an article in the Memorial Herman Cancer Journal. It is published a few times a year.

At first, I was a bit hesitant about sharing so much of my story but then I decided maybe if I told my story it might help someone else.

I hope this gives every woman with breast cancer some insight on genetic testing and how important it is, after all, it saved me from having to do chemo and that is a really big deal. Most insurance will pay for this testing because if you do not need chemo it saves them a lot of money.

This article just went online Wednesday I have copy/pasted it below as well as put the link to the actual article on this page.

Sonya Lira has a strong family history of multiple cancers, but when she was tested for genetic mutations that might be linked to her breast cancer, there were none.

“We did comprehensive genetic testing involving a complete gene sequencing of her DNA, testing for all known mutations,” says Anish Meerasahib, MD, a medical oncologist with Texas Oncology, who is affiliated with Memorial Hermann Southeast Hospital and Memorial Hermann Pearland Hospital. “None came back positive.”

Lira’s cancer experience began when she got a call back after a 3-D tomosynthesis mammogram at the Memorial Hermann Outpatient Imaging Center in Pearland. Her biopsy showed early-stage invasive ductal carcinoma of the breast.

“I wouldn’t have made it through without Krystie,” Lira says. “She provided enormous support and also connected me with my amazing treatment team – Dr. Meerasahib, Dr. Garner and Dr. Yang.”

Glen Garner, MD, a general surgeon affiliated with Memorial Hermann Southeast Hospital, scheduled her for surgery in December 2017. “Given the small size of the tumor, we thought it would be an uncomplicated lumpectomy,” he says. “We removed six sentinel lymph nodes, and when our pathology team examined them, one of the nodes was positive. The tumor biopsy came back with three margins positive for microscopic ductal carcinoma in situ. This was unusual and unexpected in Mrs. Lira’s case, because none of the evidence we had pointed to it.”

“Dr. Garner said we could go back to surgery and try to get clear margins, but if we didn’t get them, I would have to go back to the OR again for a mastectomy,” Lira says. “I said, ‘What if we just go ahead and do a mastectomy?’”

Dr. Garner removed her right breast in January 2018. “I was dreading it because I don’t like to take pain pills,” she says. “But to my surprise, I had no pain after surgery, which was wonderful.”

Her multidisciplinary treatment team recommended radiation to that area of the breast, and as soon as her scars had healed, Lira was scheduled for 33 radiation treatments with Ted Yang, MD, an affiliated radiation oncologist at the Memorial Hermann Cancer Center-Southeast.

“A few years ago we automatically gave patients like Mrs. Lira chemotherapy, hoping that the cancer wouldn’t return, but new data has given us a different perspective on treatment, which has evolved remarkably in the last few years,” Dr. Meerasahib says. “We did the Oncotype DX® test on the tumor sample, which calculates a breast recurrence score that quantifies the risk of recurrence and shows the potential benefit of chemotherapy.

Her score was low, which means she would not derive any significant benefit from chemotherapy. She was fortunate. If we had not ordered that test, reflexively we would have given her chemotherapy.”

Testing showed that her tumor was positive for estrogen and progesterone but negative for HER2/Neu. “When there are microscopic cells, they could evolve into cancer in the future. We started her on Letrozole®, an aromatase inhibitor and anti-estrogen medicine used in the treatment of hormonally responsive breast cancer.

Her chance of cure is in the range of the high 90th percentile. My plan is to keep her on Letrozole for at least five years, and we may extend it longer depending on her how well she does.

“Mrs. Lira’s case was unusual in that she presented with a small breast tumor that involved the lymph glands,” he adds.

“Generally when there is involvement of the lymph glands, the tumor is aggressive, but in her case it wasn’t, as confirmed by further testing that told us more about her very favorable tumor biology. These newer tests help us choose personally tailored treatments that are more effective.”

Lira says she knew she had cancer even before the biopsy. “I knew it from the time I got the call back from the Outpatient Imaging Center. But I was always positive about the outcome,“ she says.

“I’m really pleased with all my doctors. I couldn’t have gotten through my breast cancer diagnosis and treatment without them and without surrounding myself with supportive, positive family and friends – and most of all my husband, Jack, of almost 40 years.”

During the course of her treatment, Dr. Meerasahib ordered a bone density scan that revealed mild osteopenia. He prescribed a new medication delivered by injection every six months to prevent the disorder from progressing to osteoporosis.

Lira, who is 58 and a former smoker, also had a low-dose CT scan for lung cancer. She met the criteria: ages 55 to 77 years, asymptomatic of lung cancer, tobacco smoking history of at least 30 pack-years and a current smoker or one who has quit within the last 15 years.

The scan revealed a few spots that are too small for a PET scan or biopsy.

“It’s extremely unlikely that the spots are related to breast cancer, and most of the time lung nodules are benign,” Dr. Meerasahib says. Lira is seeing pulmonologist Mohammad F. Siddiqui, MD, also affiliated with the Memorial Hermann Cancer Center- Southeast, who will have the nodules rescanned at three months.

“Mrs. Lira has a comprehensive idea of her disease process and is always willing to take the extra step to improve her health,” Dr. Meerasahib adds. “She’s a joy to work with.”

Today is Jack and my 40th. wedding anniversary. It honestly does not seem like that many years to either of us.

We have 4 grown kids 3 of which are married, 2 daughter in laws and one son in law, & 7  beautiful grandkids 5 girls and 2 boys.

We have lived in our house for 39 and 3/4 years but feel we might be forced to move soon due to recent subdivision development in our area. It is just to close for comfort for the both of us. Everyday we here hammering, nail guns and slamming of boards from early a.m. to late p.m. Thank goodness the time changed and it now gets dark earlier lol.

We liked the quiet of country living and the simple life that came with it.

Jack will be retiring in the next year or two and that is when we will probably make our move. We have no idea where we will move to for the next part of our journey together.

I need to schedule an appt. to get our pictures taken I would rather not do them myself this time. The last time I took them was our 35th. anniversary.

Our life is wonderful together and we love each other very much. I would not have made it through the last year without Jack and his support.

Zoee is the newest member of our household. She is a 16 week old Boxer.

Daisy has been without another doggie companion for the last 4 years and every time she can be around other dogs she truly loves it.

We decided to get her a companion and along came Zoee. I believe you would call her coloring a reverse brindle she has quite a bit of reddish brown in her coat that I see when the sun is shining on it.

This was truly her first photo session she and Daisy were playing hide and seek and needless to say the heather got a bit trampled but it sure made some cute pics.

She has the cutest personality and this ear thing she does. We are currently trying to get some weight on her since she is underweight. We are also potty training and that seems to be going quite good.

I believe she is going to be a smaller boxer than Daisy and more dainty.

I want to get some pics this week or next of the two of them together hopefully the weather cooperates and the yard dries up.